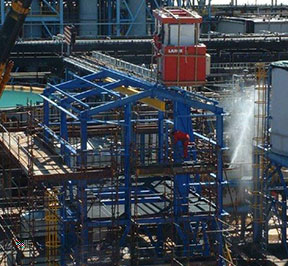 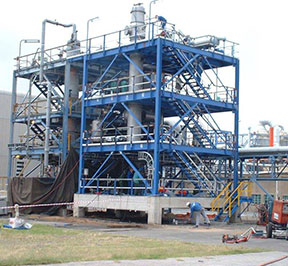 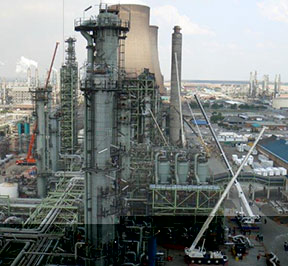 Health, safety and environment (HSE) are key components of the Khewija culture and lifestyle. We acknowledge that a safe environment and a happy workforce helps to increase productivity and ultimately business success. 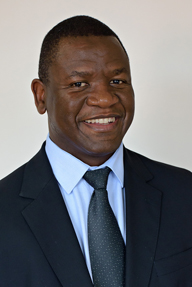 Qualifications: B Sc. Chemical Engineering - University of Witwatersrand
Nationality: South African
Skills, expertise and experience
Themba has been Managing Director of the company since joining in 2008. He has more than twenty seven (27) years' experience in the Engineering & Construction Industry.  He was appointed into the CEO position in December 2015 after the successful conclusion of the Management Buy Out of the company.

Prior to joining the company, he worked for Foster Wheeler South Africa (Pty) Ltd (FWSA) from 1997 to 2007. He held various Engineering and Project Management roles.  He was appointed to the Board of FWSA as Operations Director in January 2005; and then appointed as Managing Director in January 2006.  Themba started his engineering career with AECI Limited, and NCP a division of Sentrachem.

During the period of 2003 to December 2006, Themba had been Chairperson of the Services Sector Education and Training Authority, a parastatal organization established to ensure that the skills needs of the services sector in South Africa are identified and addressed. 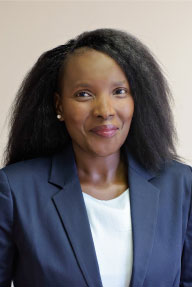 Lavhelesani was appointed into the Director, QHSE position in December 2015 after the successful conclusion of the Management Buy Out of the company.

Prior to joining the company, Lavhelesani worked at Steffanuti Stocks Buildings Gauteng and Roshcon. Lavhelesani started her QHSE career with Roshcon Civil Infrastructure Development in 2007. 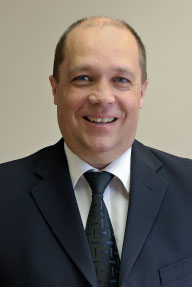 Jesper was appointed into the Director, Operations position in December 2015 after the successful conclusion of the Management Buy Out of the company.

Prior to joining the company, Jesper started his engineering career with AECI Limited and Titaco (A Bateman Company).

Khewija, through its KBR South Africa legacy, has been at the forefront of transformation within the Engineering and Construction environment in South Africa. The company improved its B-BBEE contributor status from Level 6 (2008) to Level 1 in 2020, by implementing the appropriate changes, including 25% Black Ownership to achieve the BEE compliance targets during this period. The Level 2 value adding status was maintained from 2010 until 2015.

The Management Buy Out (MBO) of KBR South Africa (Pty) Ltd in December 2015, has resulted in the company (Khewija) being 90% Black Owned and 54% Black Women Owned. Hence The MBO transaction more than satisfies the Ownership requirement of the 2013 B-BBEE Codes of Good Practice. Khewija will maintain its leading role in championing transformation in the Engineering & Construction environment in South Africa.

The CEO of Khewija Themba Mabuza has over 27 years of experience in the Engineering & Construction sector. He has been at the forefront of leading the transformation to achieve skills transfer and the development of professionals within the sector. Khewija is a LEVEL 1 B-BBEE certified Recognition company